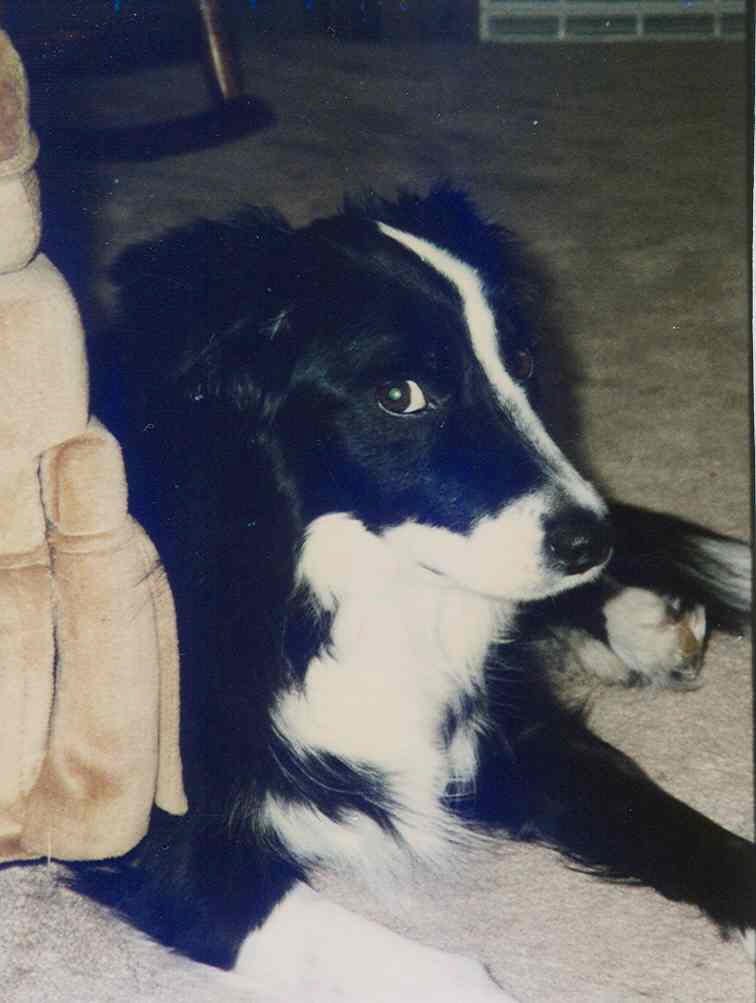 “When I was five I lost my first dog, and my mother consoled me with, “she’s in heaven now, watching over you”. Although my definition of heaven has shifted over the years, I have never lost the sense that many of our animal friends seem to be more human than many who call themselves human. Some seem to bring a spiritual quality with them, and that is exactly what Jeff describes in Codi’s Journey.

His dog-tale is studded with humor, sensitivity, and most of all, the spirituality that his first book, Spirituality Simplified, demonstrated so beautifully. His joy and delight in Codi’s personality and “beingness” is intermingled with the tears and anguish that all of us feel when a loved one is in pain and we prepare for their passing. Artfully written and lovingly presented, Codi’s Journey is a gift for the soul.”

“This book captures the dynamics of being a pet owner and the guilt, grief, and commitment that many pet owners go through in loving and losing a pet. As someone who has “been there,” it was reassuring that I am not the only one to feel those things, to do whatever it took to save them and, when the time came, to let them go.

Any book that can stir laughter as well as tears is a wonderful story. Codi’s Journey is awesome.”

Leaves an Imprint on Your Heart & Soul

“It’s often said that our relationships help us to define who we are, where we’ve come from, and where we are heading. Well, what this wonderful book proves for me is that when we are conscious enough, we realize that the relationships we share with our animal companions offer immense opportunities for spiritual growth and personal development.

Codi’s Journey will leave an imprint on your heart and soul long after you put the book down.”

Will Murtha, author of “Dying for a Change”

A Journey of Meeting and Growing to Love Codi

“Jeff Maziarek has woven a panoramic view of a couple’s love for their dog, a Border Collie girl named Codi. In Codi’s Journey you get the full emotion of learning their pet is seriously ill, and the hole it leaves in their hearts as Jeff seeks help from allopathic means and holistic practitioners. Jeff takes us on the journey of meeting and growing to love Codi, and when she passes, we truly feel the loss.”

Taken in by the Depth of Love and Honesty

“I was taken in by the depth of love and honesty expressed in this book. The companionship between us and our animal companions can be difficult to communicate, and I found myself experiencing, along with the author, the transitions and deepening of the relationship he had with Codi.”

“During my high school years I worked as a veterinarian’s assistant, where I grew very fond of animals, especially dogs. As I read Codi’s Journey, it made me reflect on my feelings when being in the room with the vet as he delivered the news that a client’s pet was terminally ill. Because of that experience, I can fully understand and appreciate how the author was willing to do everything that he could, not only to try and save Codi, but also to ensure she wasn’t suffering as a result of her illness. Codi’s Journey reinforces the concept that a pet truly becomes someone’s child, one who truly provides its family with unconditional love.

This book is very well-written and I am amazed at the level of detail the author recalls over a period of years. I highly recommend this book to those who have pets, and to those who would like to experience the years of joy (albeit eventually with some sorrow), that a pet can bring to a family.”

Unforgettable in Every Way

“After completing Codi’s Journey I wholeheartedly recommend it to anyone who loves animals. Parts of the story did make me cry, and the entire book is truly unforgettable in every way.

As I read I couldn’t help but remember a small French Poodle our family adopted when he was about 4 months old. My daughter promised to train him but who do you think was outside at night training Bon Bon? – Me of course! He turned out to be a very clever and affectionate dog. Back then we had a wall in front of our garden & another at the side. I trained him not to go over the walls. Sometimes he used to sit on the outside wall and look around to see if anyone was watching and jump over the wall. As soon as I shouted “Bon Bon come inside” he immediately returned to the garden. In summer I used to give him a bath and put him outside on a table. I used to say to him “wait there until I return.” He always waited patiently. I then dried him with a hairdryer, which he loved.

I could go on and on about my beloved Bon Bon, but unfortunately the time came when we had to have him put down. My daughter and I attended, and when our veterinarian put the needle in his leg he quickly passed away. The vet, our great friend, took us in his arms and all three of us cried like babies.

Thanks for the opportunity to share this story, and, for all the love and effort you put into writing Codi’s Journey.”

Let us all Hope We Are Remembered With Such Love

“Codi’s Journey” is touching, sometimes sad, but always full of life and love. Anyone who loves any living thing will value the physical and spiritual journey in this book. And, anyone who has loved and lost a loved pet should read this book to lighten their hearts and heighten their spirit.

On top of it all “Codi’s Journey” is a very good read. Let us all hope we are remembered with such love.”

I Loved Reading this Book

“I just loved reading this book. It’s actually the first time I’ve even considered a spiritual side to a well-loved pet, and I found Codi’s comments to the animal communicator to be so very interesting. We know our pets love us, they show us every day, but, to actually hear the message of love from them, that’s just wonderful!”

If you’ve picked this book I can safely assume that at some point in your life you have had the pleasure of sharing your home and life with a dog (or dogs). Perhaps you’ve been close to dogs your whole life, or maybe it’s only more recently you’ve discovered the joy of having canines around. Either way, it’s likely we share a deep and abiding affection for them.

In my case, the earliest recollection I have of interacting with dogs dates back to the spring of 1968, when my best friend’s dog had a litter of puppies. Even though I was 11-years old at the time, this was actually the first opportunity I ever had to see and play with such little pups. In the few weeks that followed that initial visit I would come to spend many hours there having fun with them, and just reveling in their love and attention. Eventually, I became fascinated with a particular black and white female who always paid me more mind than any of the others. She wound up joining our family in June of that year after my mother finally gave in to my constant pleading.

Since that time over four decades ago, I’ve had one or more dogs sharing a home with me for nearly 35 of those years. While each of these dogs genuinely touched my heart, it was Codi, a certain feisty little Border Collie, who affected me most deeply. Not only was she my best friend in every sense of the term, she also turned out to be an amazing spiritual teacher. While some might scoff at the idea that a dog could actually teach anything to an intellectually superior human being, the truth is intelligence is just one aspect of any creature’s abilities. The dog’s unwavering loyalty, its unique ability to live totally in the present, and its unmatched capacity to give unconditional love even under the most challenging of circumstances truly makes it an ideal spiritual role model.

From early on in my relationship with Codi, I always felt that beneath the fur there was a very sentient being. And, in the last year of our time together some very mystical events ultimately transpired to completely confirm the accuracy of that feeling. Within this book, I explain each of these events within the context of a detailed narrative describing the very challenging journey Codi faced during the final 12 months of her life. To provide even deeper insight into her story, I also recount how she came to be a part of our family and likewise share many engaging anecdotes about her personality and some of her more memorable deeds over the years.

In telling this story my foremost intention is to share two key messages. First, that our pets (dogs in this instance), actually are “sages with fur” who have a far greater understanding of life (and us) than commonly thought. Second, that it’s perfectly normal to feel intense and long-lasting grief at the loss of a pet, and particularly so when that animal served as an adult’s primary companion for many years. In this regard, I sincerely want any reader who also has experienced such a loss to know that someone truly does understand the sadness and emptiness they felt when their beloved pet passed on. Finally, it’s my hope that such readers come to understand how important it is to fully process their feelings of grief by really feeling them, and then letting them go rather than holding them inside.